Dementia is a syndrome that is characterized by the deterioration of cognitive functions of patients, the dementia usually affects older people. Dementia is one of the major causes of disability among older people, because the progresive nature of dementia deteriorate functions on the brain chronically so usually affects, thinking, comprehension, learning, memory, orientation, calculation and language, all this affectations on the brain cause changes on the emotional control, motivation, changes in mood and behaviour in general. 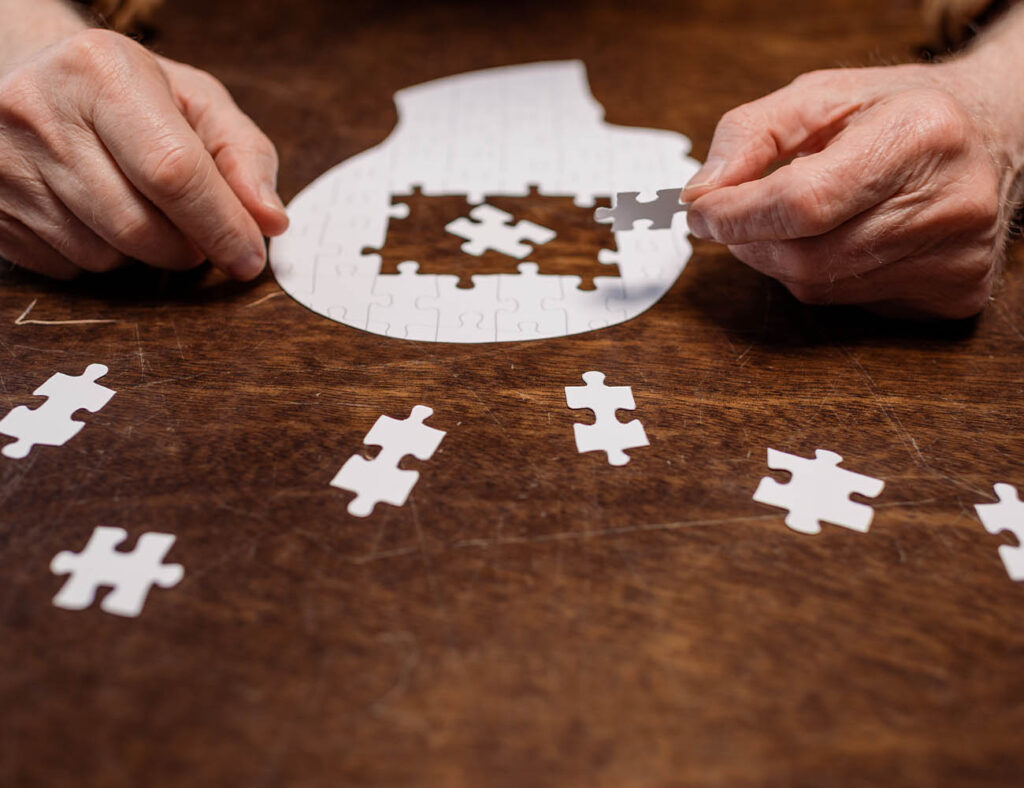 Dementia is usually caused by damage or changes in the brain, there are risk factors associated with the development of dementia, such as age and genetics but dementia could also be originated by other factors where stand out among other causes:  Several small strokes, hardening of the arteries, severe head injury, diabetes, smoke or alcohol consumption.

The disease is progressive and degenerative, as cognitive functions degrade, activities that we take for granted such as dialogue or getting dressed, could be a challenge. Patients with dementia could have difficulties following multiple step activities, so they could find it challenging to maintain a certain level of independence, so family members’ support are crucial to help dementia patients improve their quality of life.

Dementia is a complex disease and there’s no cure for dementia, but some medications that may slow down the progression and help to improve mental functions, behaviour and mood. The main treatment for dementia are the palliative care, which is focused on improve the quality of life of patients, interventions as counseling and support, help patients with the feelings involved with the disease, such as, sadness, fear, anxiety and anger, sometimes counseling could be provided to family and friends of the patient, since the relation with the person with dementia may be complex and it will face many challenges as the patient cognitive capacity will diminish over time, so is a priority to keep the patient safe in home for long as possible, since patient behaviour could be a danger to itself and others.

The limit of the actual treatments is that they are not capable of stop the development of the degeneration or stimulate the rehabilitation of damaged brain cells, so the actual treatments are limited to treat the symptoms not the causes of dementia, this is where stem cell treatments are offering a hope, since stem cells excel on helping regenerating damaged cells, in fact stem cells have the potential of grow and becoming brain cells, so stem cells have the potential to stop and repair brain damage resulting from dementia, a study has shown that there´s hope for patients who recently has been diagnosed, as the research on clinical trial of stem cells on animals has found that stem cells are useful on early treatment of dementia, so when the treatment of stem cells is provided on the early stages, before the progression of dementia, stem cells shown that could stave off further development of the disease, the results of the study are a new hope for patients with dementia, that is worth trying the treatment.

Each patient's condition could be different, I know that you had many questions for the treatment, so the next step is a call. During the call we can talk about your specific condition and give you personalized answers.

Don’t miss out on this great opportunity to improve the health of your loved one.